Stepping into the regal grandeur of Sydney’s State Theatre, you’re immediately transported into a truly magnificent bygone era. Sweeping marble staircases, sparkling chandeliers, lavish velvet drapes and exquisite copper detailing… with even more surprises as you arch your neck to survey the intricacies of the vast ceiling. What better backdrop for the world’s most famous ballet, Swan Lake? And even more fitting to see it performed by the Imperial Russian Ballet Company, with Russia home to the first ever Swan Lake, premiering at the Bolshoi Theatre in Moscow in 1877. 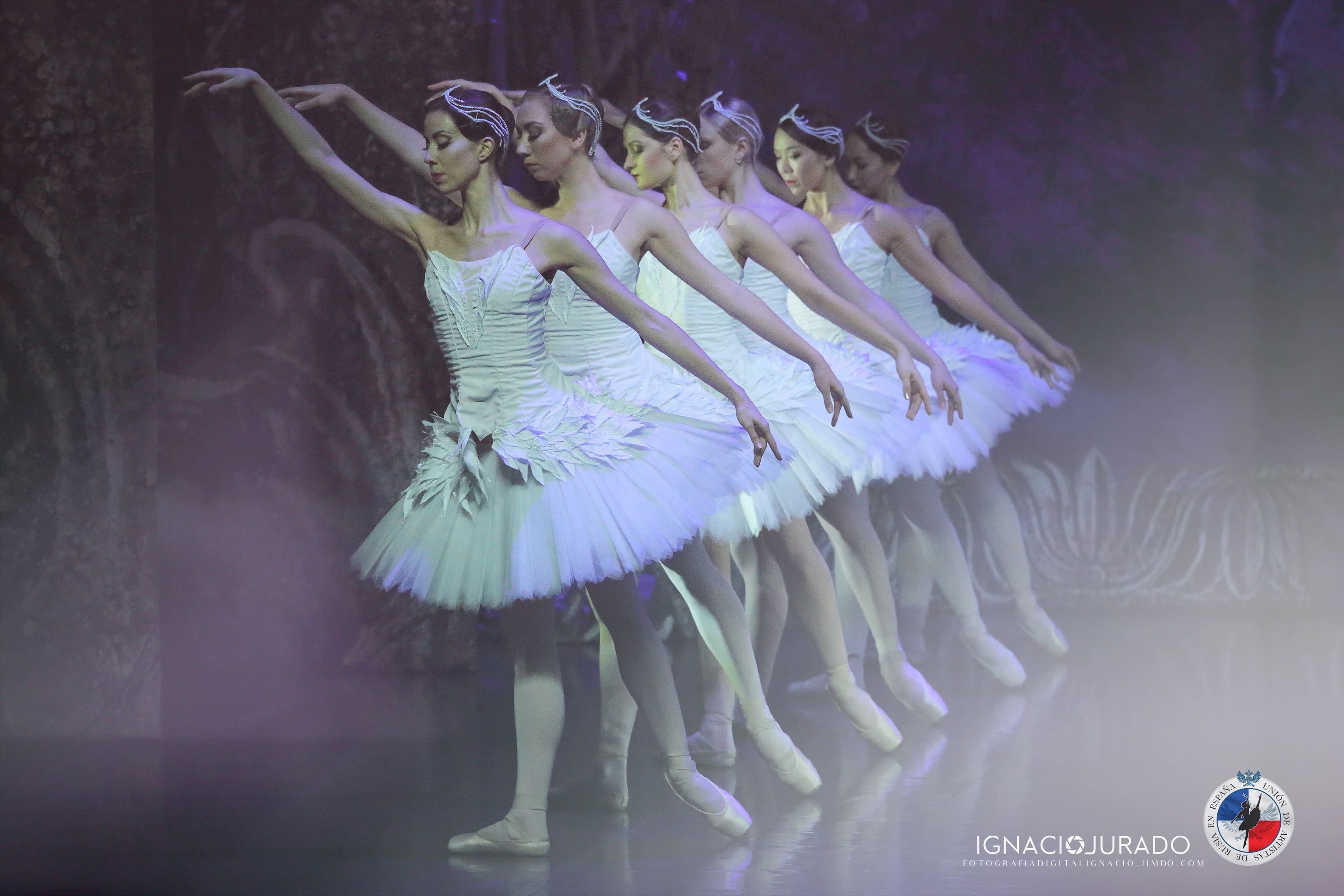 A gothic tapestry shields the stage before curtain-up, in moody greys. The performance is presented in four scenes over two acts – opening to a party in the garden of Prince Siegfried’s castle, to celebrate his coming of age. Flowing dresses with embroidered bodices in soft lemon, and later apricot and olive tones, fluttered across the stage in this cheerful scene. The dancers displayed excellent control, lightly skipping across the floor with silent landings out of jumps. The Jokers are a crowd favourite throughout, performed by Denys Simon and Ruslan Soengoshev. As the cast surrounded the stage sipping from grand chalices, Simon executed a series of straight-legged barrel roll turns, becoming increasingly horizontal to the floor – met with robust applause. The jokers whipped themselves around in springy double-turn jumps… the speed and silliness of these much-adored characters giving the audience a chuckle.

The arrival of the swans is one of those exhale moments – it’s what we all came for, a sea of textured white bell tutus embellished with feathered wings and pearled headpieces. Swan Lake is quintessentially a dance of the arms and the Imperial’s corps de ballet perfects ‘feminine’ and ‘floaty’. At one stage, the dancers made two vertical lines and as their arms lowered, they aligned in a soft, satisfying symmetry. The brokenness of the swans trapped under an evil spell was beautifully captured through the collapsing wing motif and the drooped wrists, delicately forming the head of the swan. The much-anticipated Dance of the Cygnets to the wonderfully familiar Tchaikovsky score was near precision… the four dancers feet moving as carbon copies of each other, but the heads falling just short. Mist rose from the floor to create a haze beneath the tutus in an eerie blend of white against the shadows, closing the first act. 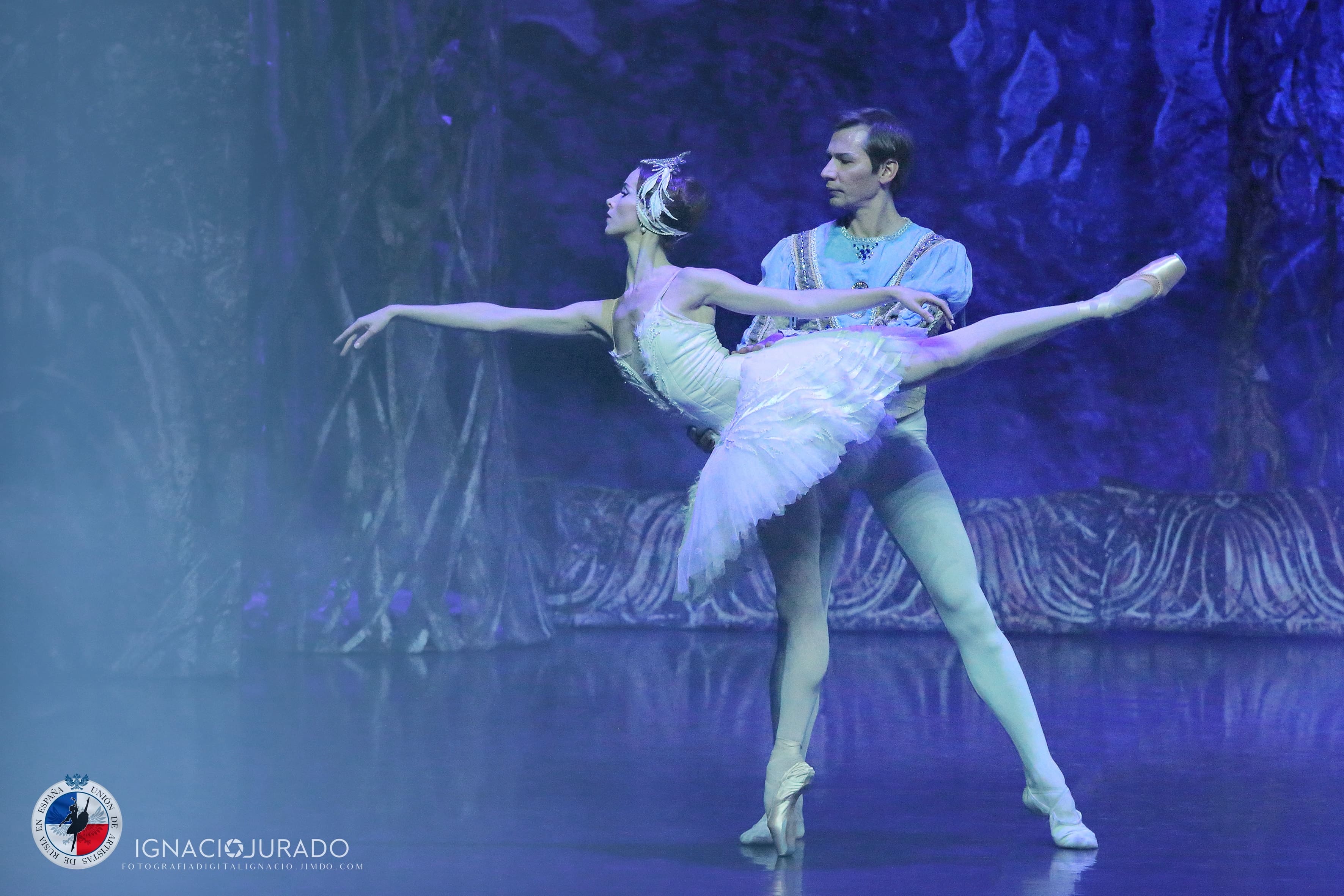 Lina Seveliova has been the company’s Principal Dancer since 2012 and was an absolute stand-out as Swan Princess Odette. There was a divine moment in the pas de deux with Prince Siegfried where her developpé froze in the air, before she lifted her leg even higher in a showcase of remarkable strength, then collapsed backward into her prince’s arms in a beautiful backbend. She also delivered more than thirty continuous fouettées and razor-sharp quadruple chaînés at remarkable speed. Seveliova’s biggest credits though were her stunning grace and vulnerability, shifting to a more seductive and deceptive persona as Odile. At every stage, she was perfection. Odile’s black tiara bejewelled with rainbow gemstones was the most exquisite costume-piece.

Nariman Bekzhanov’s sky-high leaps sliced the air as Siegfried and while his technical skills were strong, the emotional depth wasn’t there for the portrayal of a believable love story. The synergy between Vladimir Dorofeev as the Sorcerer, shadowing the Prince, made for a dramatic storm scene to Tchaikovsky’s intoxicating music. However, Bekzhanov didn’t carry the audience through the feelings of adoration and betrayal – so integral to evoking the triumph over tragedy (or rather trickery) that is the essence of this romantic fairy tale. Seveliova’s journey of love and longing was visible throughout as Odette, and it was not quite matched by her prince. 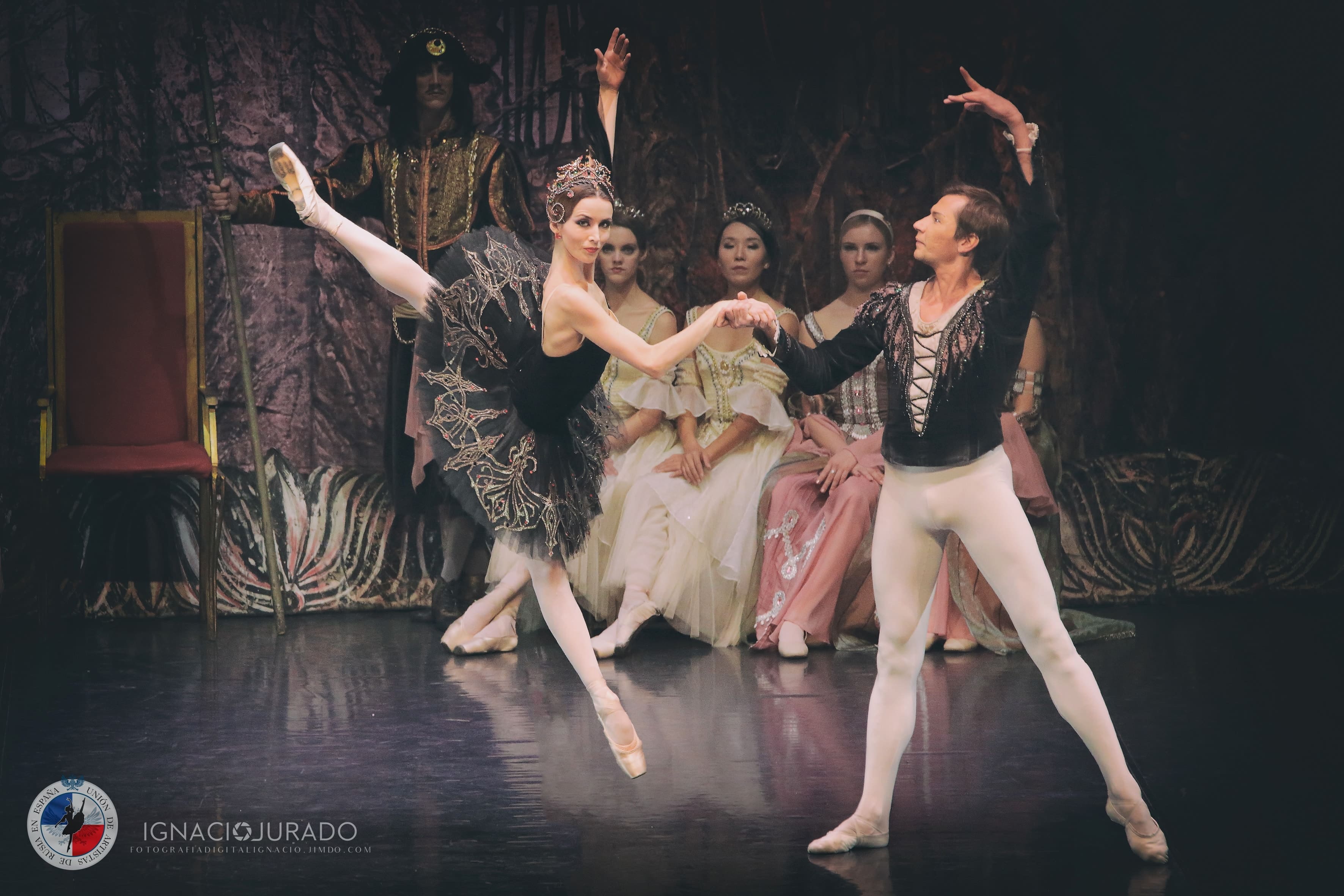 The company, led by Artistic Director Gediminas Taranda, has impressive technical prowess. Sweeping extensions and romantic choreography was interspersed with a scattering of playful jokers and vibrant cultural dances, Spanish fans and frills included. The alluring beauty of the swans was a sight to behold in this strictly traditional and most enchanting production.