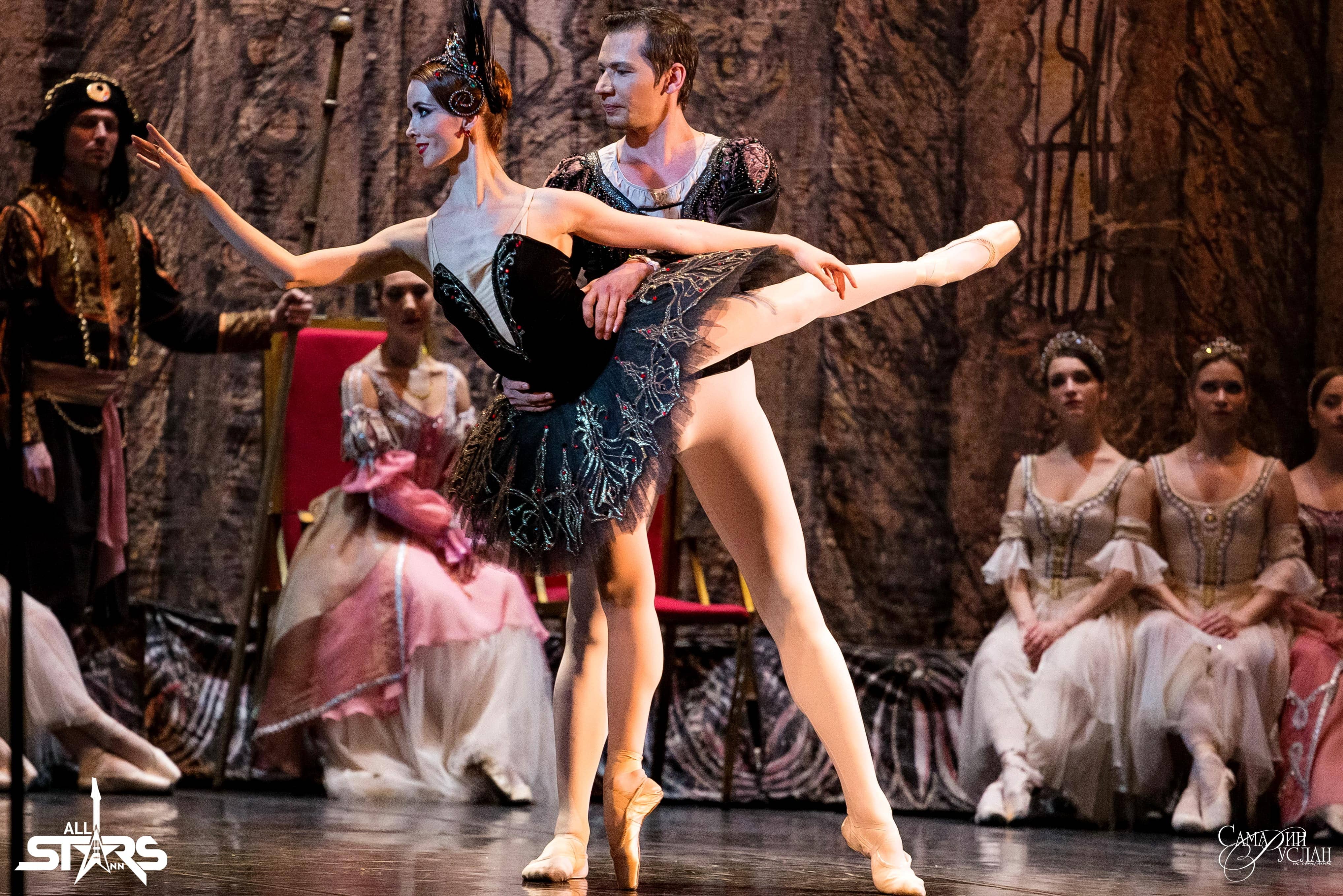 For many people Swan Lake IS classical ballet. No surprise then that these two Canberra performances by The Imperial Russian Ballet Company have been sold out for weeks, providing an auspicious start to an extensive tour of Australia and New Zealand.

Through its annual visits over the years with colourful productions of classical ballet favourites, the company, under the artistic directorship of Gediminas Taranda, has built up a well-earned reputation for the quality of its dancers and its excellent production values.

This year’s production of Swan Lake lives up to that reputation. It’s a very traditional Russian production in which the four scenes are presented in two halves. Danced to an excellent recorded soundtrack, the ballet opens with a party in the garden of Prince Siegfried’s castle where the guest gather in preparation for a ball that night at which Siegfried is to select a bride from four young women selected by his mother.

This scene introduces the company by providing opportunity for a series of well-staged ensemble dances which are beautifully executed by the dancers costumed in pretty softly flowing costumes in muted shades. The costumes for the ballroom scene retain the muted palette with the soloists costumed in brilliant reds, blacks and golds for the specialty dances.

For the most part, this production adheres to the original Petipa choreography, but Taranda is himself an inventive choreographer, and has taken the opportunity to add pizzazz, particularly to the ensemble dances in the opening scene, and in the ballroom, with masterful flourishes and groupings to heighten the excitement and spectacle.

He wisely left Petipa’s original choreography intact however for both the white scenes, and with 18 swans moving in perfect unison, filling the stage, costumed in elegant, gently drooping tutus, the effect is as mesmerising as you could wish.

Dancing the dual roles of Odette-Odile, Lina Seveliova is a true ballerina. Beautiful placement, graceful arms and back, impeccably phrased dancing, she appeared completely engrossed in each of her characters. Her Odette perfectly captured the gentle preening and serenity of the swan, contrasting the seductive flash and technical brilliance of her dazzling Odile.

Offering a rather under-stated interpretation as Prince Siegfried, Nariman Bekzhanov nevertheless partnered Seveliova attentively and negotiated the technical demands of the role with aplomb, while elegant Vladimir Dorofeev successfully captured the dark menace of the evil Sorcerer.

The national dances in the ballroom scene provided opportunity for tantalising glimpses of the depth of talent among the handsome well-drilled ensemble which impressed with the attention paid to the detail of the choreography. Outstanding, not only because of their brilliant red costumes, the two Jokers, Denys Simon and Ruslan Soengoshev, danced with irresistible verve, with Simon displaying particular panache with his characterisation.

Between now and 27 October, The Imperial Russian Ballet Company will visit 22 centres throughout Australia during their 2019 tour, before heading to New Zealand. If they head your way, don’t miss the opportunity to see this lovely production.