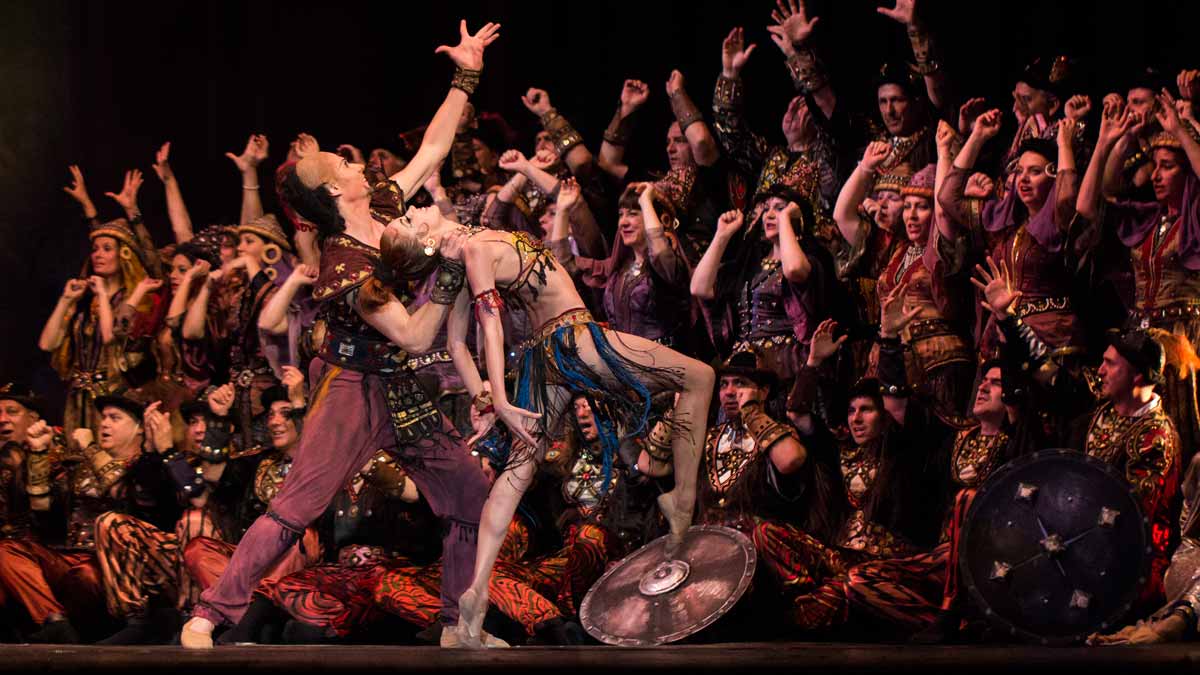 The choreographic scene with a choir from Alexander Borodin’s opera “Prince Igor” (1890). This is another image of the East – wild and barbaric like a horde of nomads who flooded Russia in ancient times.
Striking is the fate of the composer who created this vocal and symphonic masterpiece. A.P.Borodin (1833-1887) was born in St.Petersburg. being Prince L.Gedianov’s bastard son recorded as the son of a serf at birth, he received an excellent home, and then professional education (he graduated from the Medical Surgical Academy), defended his doctoral thesis, did his internship abroad, was a professor, the author of many scientific works, a chemist with a worldwide reputation. Borodin studied music since childhood, and at the age of 13, he became the author of a concerto for flute and piano, he was also a friend of Mily Balakirev and entered the circle called the “Mighty Handful”.
He was attracted by epic, heroic characters of Russian history. A.Borodin’s Symphony no.2 (“Bogatyrskaya/Warriors”, 1876) opened the era of heroic and historic symphonism in the Russian music, his two string quartets became famous worldwide, and all his 16 romantic songs are called “pearls of vocal lyricism”. Most of his works, because of Borodin’s exrtremely busy way of life, were being created during a long period of time, and many others were completed by his friends after his death.
The composer wrote his only opera called “Prince Igor” for about 20 years…

A Polovtsian camp. Returning from hunting, Khan Konchak commands his beautiful concubines, dancers and singers to entertain and praise him.
Characters and performers:
Kuman
Chaga
Rider
Riders
A Persian woman